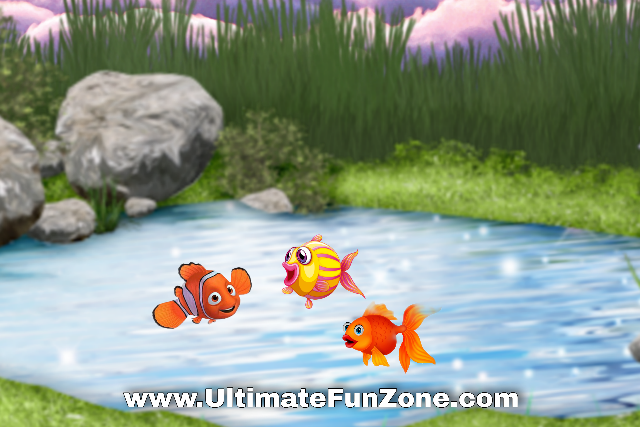 There lived a herd of three fish. His nature was different. Anna believed in taking measures to avert the crisis as soon as she found the symptoms of the crisis. Pratyu used to say that only when there is a crisis, try to avoid it. Yaddi thought that the talk of avoiding or avoiding the crisis is useless, nothing happens by doing what is written in the destiny, it will happen.

One day in the evening the fishermen were going home after catching fish in the river. Very few fish were caught in their nets. So their faces were sad. Then he saw a flock of fish-eating birds on the bushes. The fish were buried in everyone's beak. They were surprised.

One guessed “Friends! It seems that behind the bushes there is a reservoir connected to the river, where so many fish are growing.”

The fishermen came out on the banks of the reservoir through the bushes and looked at the fish with a greedy eye.

A fisherman said, “Aha! There are fishes in this reservoir. Till today, we did not even know about it.” “We'll find lots of fish here.” Said another.

The third said, “This evening is about to fall. Will come here tomorrow morning and put the net here.”

In this way the fishermen left after fixing the program for the second day. The three fish had listened to the fisherman.

Anna Fish said, “Friends! You listened to the fisherman. Now, our stay here is not free from danger. We have received information about the danger. Measures should be taken to save your life in time. I am just now leaving this reservoir and going to the river through the canal. After that the fishermen come in the morning, throw the net, with my help. Till then, I will be far-fetched.”

Pratyu fish said, “If you want to go, then go. I am not coming. Where is the danger now, there is a need to panic so much that the crisis may not come. The program of those fishermen may be canceled, their nets may be munched by rats at night. There should be a fire in their settlement. An earthquake can come and destroy their village, or there can be torrential rains at night and their village can be washed away in a flood. So their arrival is not certain. When he comes, then he will think. I may not fall into their trap.”

Yaddi said his fateful thing, “There is nothing to be done by running away. If the fishermen want to come, they will come. If we want to fall into the trap, then we will be trapped. Death is written in fate, so what can be done?”

Thus, Anna left at the same time. Pratyu and Yaddi remained in the reservoir. When it was morning, the fishermen came with their nets and started throwing nets in the adjacent reservoir and catching fish.

When Pratyu saw the crisis coming, he started thinking of ways to save his life. His mind started working fast. There was not even a hollow place to hide around. Then he remembered that the dead body of a beaver had been floating in that reservoir for a long time. She can come to his rescue.

Soon he found the body. The corpse was starting to rot. Pratyu entered the stomach of the corpse and came out, wrapping the rotting corpse on itself. In no time, Pratyu got trapped in the fisherman's net. The fisherman pulled his net and overturned the fish from the net on the shore.

The rest of the fish started to suffer, but Pratyu remained lying like a dead fish with a sigh of relief. When the fisherman felt the smell of rot, he started looking at the fish. He picked up Pratyu lying motionless and snorted, “Ack! These are dead fish for many days. It's rotten.” Making such a grumbling mouth, that fisherman threw Pratyu into the reservoir.

Pratyu was able to escape from the crisis by using his intelligence. He dived as soon as he fell in the water and celebrated his life after reaching a safe depth.

Yaddi was also caught in the net of another fisherman and was put in a crate. The Yaddi, who was sitting on the basis of luck, died in agony like other fish in the same basket.
“Lesson: Luck also favors those who believe in karma and consider karma as prime. Destruction is certain for the one who is sitting with his hands on his hands on the basis of luck.”
Share This Page On...