Panchatantra:
​The Story of the Merchant's Son 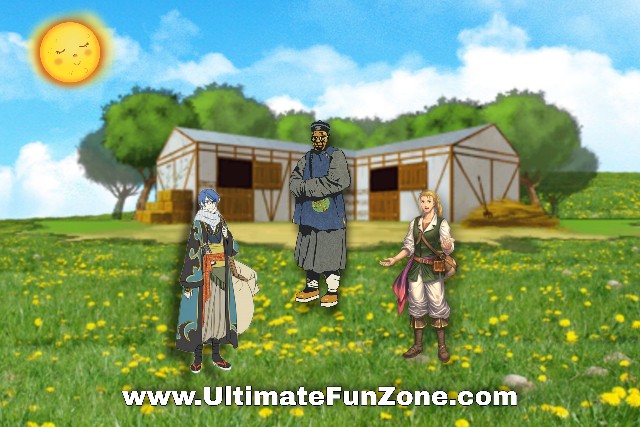 There lived a merchant named Sagar Dutt in a town. His son once bought a book that was sold for a hundred rupees. Only one verse was written in that book, “The thing which is meant to be received, he definitely gets it. Even the Creator cannot stop the attainment of that thing. That is why I do not feel sad when something is destroyed, nor am I surprised when something is found accidentally. Because what is going to be available to others, we cannot get it and what we are going to get, others cannot get it.”

Seeing that book, Sagar Dutt asked his son: “For how much have you bought this book?” The son replied: “For one hundred rupees.”

Sagar Dutt became enraged after knowing the value of the book from his son. He said angrily: “Oh, fool! When you buy a written verse for one hundred rupees, what money will you earn from your intelligence? I will no longer keep a fool like you in my house.”

Sagar Dutt's son got humiliated and left the house. He reached a city. When people asked his name, he would tell his name only. Thus, he came to be known by the name of “Pratavya-arth”.

A few days later, a festival was celebrated in the city. The princess of the city, Chandravati, along with her friend, came out to see the beauty of the festival. Thus, when she was touring the city, a prince of some country came in her sight. She was infatuated with him and said to her friend: “Friend! In whatever way possible, try to make me meet this prince.”

The princess's friend immediately approached the prince and said to him: “I have been sent to you by Princess Chandravati. She says that her condition has become very deplorable after seeing you. There will be no way left.” To this the prince said: “If so, tell me at what time and how can I reach him?”

The princess's friend said: “At night a strong leather rope is found hanging in her bedroom, you climb on it to reach the princess's room.”

Telling this, the princess's friend returned, and the prince waited for the arrival of the night. But after nightfall, thinking something, that prince abruptly postponed going to the princess's room. It is a matter of coincidence that the merchant's son “Pratavya-arth” was coming out from there itself. When he saw the rope hanging, he climbed on it and reached the princess's room. The princess also treated him as a prince, gave him a warm welcome, fed him delicious food and laid him down on her bed and lay down herself.

Thrilled by the touch of the merchant's son, the princess said: “I am enamored of your vision and give my heart to you. Now, except you, I will not choose anyone else as my husband.”

The merchant son didn't say anything. He remained calm. On this the princess said: “Why are you not speaking to me, what is the matter?” Then the merchant's son said: “Man gets what he has achieved.” Hearing this, the princess got suspicious. She immediately told him to leave her bedroom.

Vinayvati, the daughter of that city guard, was also caught in the love of a man. She had signaled to her lover to come to the place where Pratavya-arth had reached. Vinayvati was sleeping there. Seeing him coming, Vinayvati understood that her lover has come. She was pleased and started welcoming him. When she slept on her bed with the merchant's son, she asked: “What's the matter, you are still not talking to me calmly?” The merchant's son repeated the same sentence: “Man attains only his achievable-meaning.” Vinayvati understood that she was getting this fruit for doing without thinking. She immediately showed the merchant son the way out of the house. The merchant's son once again came on the road. Then he saw a procession coming from the front. A groom named Varakirti was taking his procession with great pomp. He also joined that procession and started walking with them. The procession reached its place, it was very much welcomed.

At the time of marriage, Seth's daughter came dressed up and came near the marriage mandap. At that very moment a mad elephant ran away after killing his mahout. Seeing him, due to fear, all the bridegrooms ran away with the groom. The people of the girl's side also panicked and entered the houses. The girl was left alone at that place. Seeing the girl in fear, 'Pratavya-arth' consoled her: “Do not be afraid. I will protect you.” Saying this, he handled the girl with one hand and with a stick in the other hand fell on the elephant. Frightened by the blow of the stick, the elephant suddenly ran away. When the elephant left, Varakirti returned with his procession, but by then the marriage time had passed. He saw that his bride was standing next to another young man and the young man was holding her hand. Seeing this, he got angry and said to his father-in-law: “You did not do it right. Instead of giving your daughter's hand in my hand, you had given it to someone else.” Hearing his words, Seth said: “I myself do not even know how this incident happened. I, too, had run away from here with all of you because of the elephant's fear, I have just returned.”

Seth's daughter said: “Dad. He has saved me from death, so now I will not marry anyone except him.” Thus, the dispute escalated, and the night also came to an end. A crowd gathered there in the morning. The princess had also reached there. When Vinayavati heard it, she also went there to see the spectacle. The king himself also went there after hearing about this dispute. He said to the merchant's son: “Young man! Be sure you tell me the details of the whole incident.” This is what the merchant's son said in reply: “Man attains only the meaning that he receives.” Hearing him, the princess said: “Even the creator cannot stop him.” Then Vinayavati began to say: “Therefore I do not repent of the past, and I am not surprised by it.” Hearing this, Seth's daughter, who came to the marriage hall, said: “Whatever is mine, it cannot be of others.”

All this had become a puzzle for the king. He heard everything separately from all the girls. And when he was convinced, he gave everyone protection. He dedicated his daughter with all the ornaments, with a thousand villages, to the attainment-arth with great respect. Not only this, he also accepted him as his son. In this way, he elevated that merchant's son to the post of crown prince. The city guard also handed over his daughter Vinayvati to that merchant son in the same way. After marrying all the three daughters, the merchant son happily lived in the palace. Later, he also called his entire family there.
“Lesson: The name of the eater is written on each of the grain”
Ending this story, Hiranyaka said: “That is why I say that man attains his own meaning. Thus discontented with his followers, I have come here with your friend Laghupatanak. This is the reason for my dispassion.”

Ending this story, Hiranyaka said: “That is why I say that man attains his own meaning. Thus discontented with his followers, I have come here with your friend Laghupatanak. This is the reason for my dispassion.”

Hearing the words of Hiranyaka, the Mantarak tortoise said: Friend Hiranyak! Don't worry about the money you destroy! The use of youth and wealth would have been only momentary. At first there is trouble in the acquisition of wealth, and later in its protection also there is trouble. If a man accumulates wealth even from one hundred percent of his sufferings, if he accumulates dharma, then he gets salvation. Don't even bother to travel abroad, because for a businessman there is no place far away and for a learned person there is no foreign country. Also, for a loved one, no person is a stranger. You stay here fearlessly. All three of us will live together like good friends. When it comes to losing money, earning money depends on luck. If it is not in luck, then the accumulated wealth also gets destroyed. The unfortunate man, even after accumulating wealth, could not consume it in the same way as Somilak could not.

Hiranyaka asked: “Who was this Somilak?” Then the Mantarak tortoise narrated the next story to him.
Share This Page On...