Panchatantra:
​The Sage And The Rat 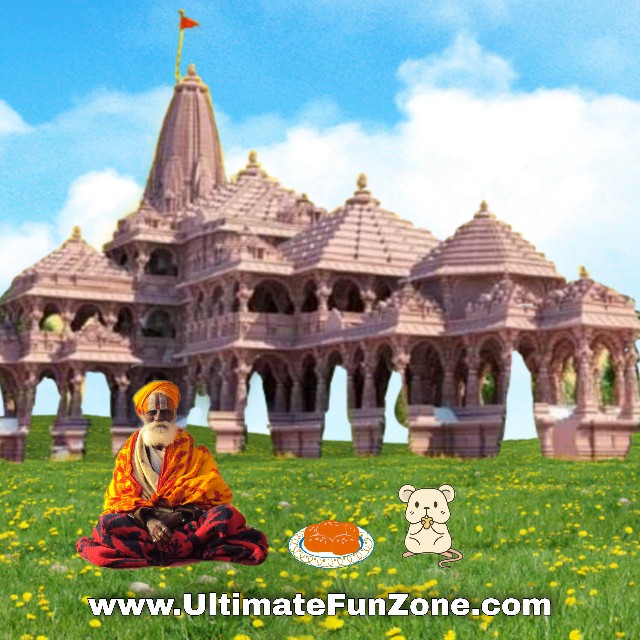 There was a temple of Lord Shiva near a southern town called Mahilaropayam. A holy sage lived there and looked after the temple. They used to go to the city every day for alms, and come back in the evening with food. They used to collect more than they needed and put the rest in utensils and distribute it among the poor laborers, who in turn cleaned the temple and used to do the work of decoration.

In the same ashram a mouse also lived in its burrow and every day stole some food from the bowl.

When the sage realized that a mouse was stealing food, he tried all means to stop it. He placed the bowl high enough so that the rat could not reach it, and even tried to shoo the rat away with a stick, but the rat would somehow find a way to reach the bowl and steal some of the food.

One day, a beggar came to visit the temple. But the sage's focus was on killing the rat with a stick, and he could not even meet the beggar, considering it to be his insult, the beggar said angrily, “I will never come to your ashram again because I feel you think other work is more important than talking to me.”

The sage humbly tells the beggar about his troubles with the mouse, how the mouse somehow steals food from them, “This rat can beat any cat or monkey if the matter reaches my bowl. That's it! I have tried everything, but every time he steals food in some way or the other.

The beggar understood the sadhu's troubles, and advised, “There must be some reason behind all this strength, confidence, and playfulness in the rat”.

I'm sure it must have stored a lot of food and that's why the mouse feels bigger and that gives it the power to jump higher. The mouse knows that it has nothing to lose, so it is not afraid.”

Thus, the sage and the mendicant conclude that if they manage to reach the rat's burrow, they will be able to access the rat's food store. They decided that the next morning they would chase the mouse and reach its burrow.

The next morning, they chase the mouse and reach the entrance of its burrow. When he starts digging, he sees that the mouse has kept a huge stock of grain. Immediately the sage collects all the stolen food and takes it to the temple.

On coming back, the rat was very sad to see all his grains missing, and he was deeply shocked by this and lost all confidence.

Now the mouse did not have a stock of food, yet he decided that he would again steal the food from the bowl at night. But when he tried to reach for the bowl, he collapsed and realized that he had neither power nor confidence.

At the same time, the sage also attacked him with a stick. Somehow, the mouse saved his life and managed to escape and never came back to the temple.
“Lesson: If we also do not lack resources, then we too can never lack amazing powers and self-confidence.”
Share This Page On...
Home → Fun Zone → Stories → Panchatantra → Mitralabh → Panchatantra: The Sage And The Rat