Panchatantra:
​The Lion And The Jackal 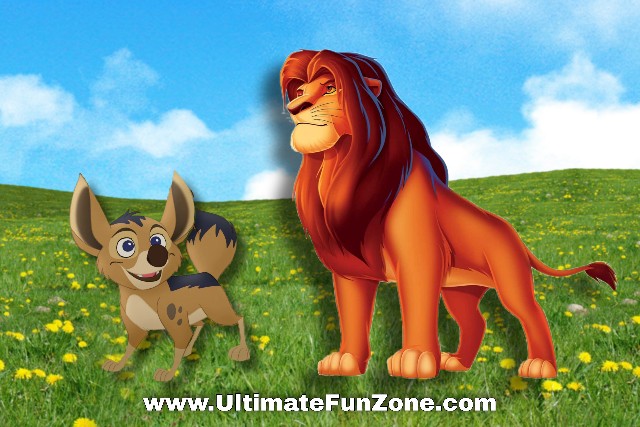 Years ago, there lived a mighty lion in a cave in the Himalayas. One day he was returning to his cave after hunting and eating a buffalo. Then on the way he met a marial-like jackal who bowed down and bowed to him.

When the lion asked him the reason for doing this, he said, “Sir, I want to be your servant. Please take me under your shelter. I will serve you and make a living from the prey you have left.” The lion obeyed him and kept him in his friendly shelter.

Within a few days, the jackal became very fat after eating the prey left by the lion.

Seeing the valor of the lion every day, he also considered himself to be a replica of the lion. One day he said to the lion, “Hey lion! I am now as strong as you. Today I will hunt and devour an elephant and leave the rest of its flesh for you.”

Since lion used to see the jackal as friendly, he did not take offense to his words and prevented him from doing so.

Caught in a web of confusion, he stood on the top of the mountain, rejecting the advice of the lion.

From there he looked around and saw a small group of elephants at the bottom of the mountain. Then thrice like the sound of a lion, he jumped on a big elephant, making the sound of a jackal. But he did not fall on the head of the elephant, he fell at his feet. And the elephant moved forward with its mastani gait keeping its front foot above its head. In a moment the jackal's head was shattered and its life was blown away.

Seeing all the actions of the jackal from the top of the mountain, the lion then told this story, “There are those who are foolish and proud, such is their speed.”
“Lesson: Pride and foolishness friendship is so deep, so never be over proud at any point in life.”
Share This Page On...
Home → Fun Zone → Stories → Panchatantra → Mitrabhed → Panchatantra: The Lion And The Jackal