Panchatantra:
​The Elephant And The Sparrow 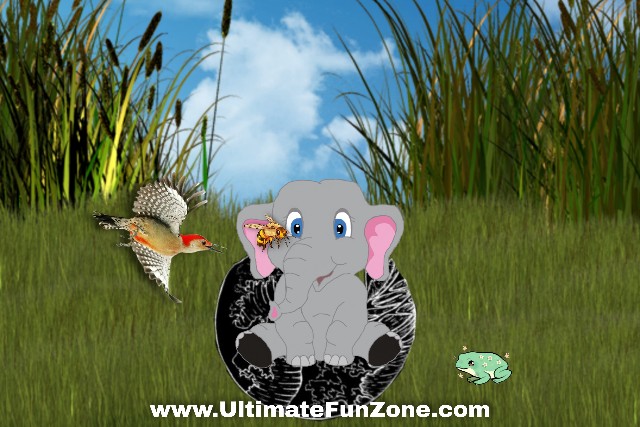 A sparrow lived with her husband on a tree. She was eagerly waiting for the chicks to emerge from the eggs in her nest.

It is a matter of one day that the sparrow was laying its eggs and her husband also went out to arrange food as usual.

Then an angry elephant came there and started trampling the nearby trees and plants. During the same demolition, he also reached the sparrow tree, and he shook it vigorously to bring down the tree, the tree was strong enough, so the elephant could not break the tree and left, but because of its shaking, the sparrow's nest broke down and came down and all his eggs broke.

The sparrow was very sad and started crying loudly, when her husband also came back, he too was very sad, and they decided to take revenge on the elephant and teach him a lesson.

After that the frog with his platoon went to a swamp, and together they started trotting. Hearing the howl of the frogs, the elephant thought that there was a pond nearby. He went in the direction of that voice and got stuck in the swamp. In this way the elephant slowly got stuck in the swamp and died.
“Lesson: If even the weakest of the weakest people work in unison, then the greatest work can be accomplished and the greatest enemy can be defeated.”
Share This Page On...
Home → Fun Zone → Stories → Panchatantra → Mitrabhed → Panchatantra: The Elephant And The Sparrow