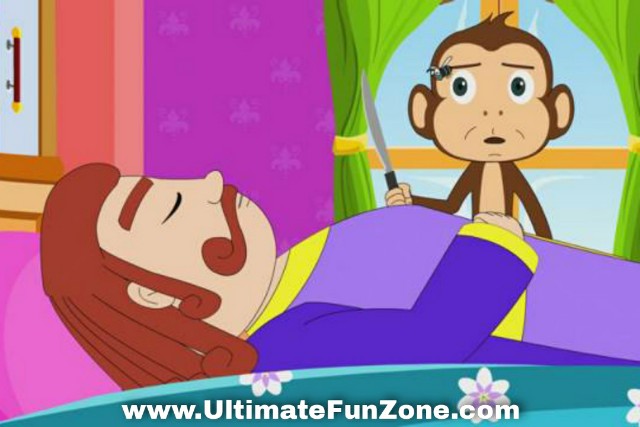 A monkey lived as a servant in the palace of a king. He was a great believer and devotee of the king. Even in the interior he could go unhindered.

One day when the king was sleeping and the monkey was watching, the monkey saw that a fly repeatedly sat on the king's chest. Even after removing it repeatedly from the fan, she did not agree, flew away and sat there again.

The monkey got angry. He left the fan and took the sword in his hand; And this time when the fly sat on the king's chest, he left the hand of the sword on the fly with all his might.

The fly flew away, but the king's chest was broken in two by the blow of the sword and The king died.
“Lesson: The educated enemy is better than a foolish friend.”
Share This Page On...
Home → Fun Zone → Stories → Panchatantra → Mitrabhed → Panchatantra: Foolish Friend