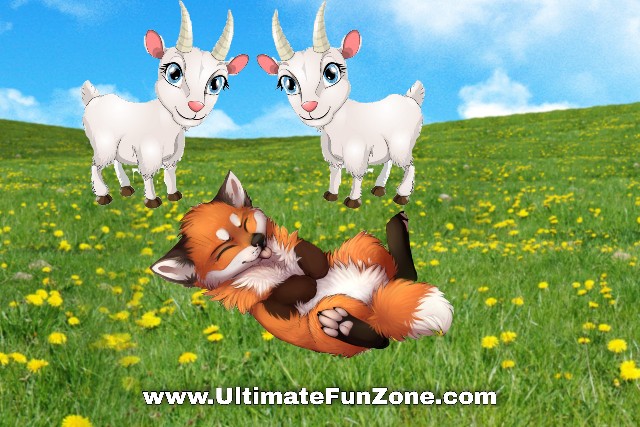 One day a jackal was passing through a village. He saw a crowd of people near the village market. Out of curiosity, he went to the jackal mob to see what was happening.

When the jackal saw so much fresh blood, he could not resist. He just wanted to taste the fresh blood and clean his hands on the goats. The jackal saw no avalanches and broke down on the goats. But both the goats were very powerful. They beat the jackal fiercely, which caused the jackal to pile up there.
“Lesson: Inspired by greed, no unnecessary steps should be taken and one should think well before taking any step.”
Share This Page On...
Home → Fun Zone → Stories → Panchatantra → Mitrabhed → Panchatantra: Fighting Goats And Jackal