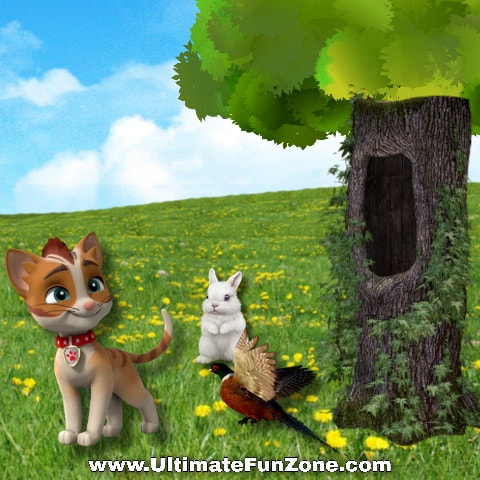 Kapinjal, a pheasant, built a nest out of a shell in the massive tree trunk of a forest. One day, the pheasant and his friends travelled to a distant field in search of paddy seedlings to snack on.

After several moonless hours, a rabbit with the moniker "Shrigo" moved inside the tree's hollow trunk.

The Kapinjal pheasant arrived out of the blue after a few days. He was now healthy and plump after feasting on the newly harvested paddy. As soon as he entered his cocoon, he saw a rabbit sitting within. He politely requested that the rabbit go.

Also, the hare had a short fuse; Said "You can no longer call this home. Everyone who lives in a Vapi, well, pond, or tree home is considered a permanent resident of that dwelling. Only humans are legally allowed to possess a home; birds are on their own in this regard."

There was an escalation of the conflict. When everything else failed, Karpijal requested a neutral third party determine the matter. In the background, a wild cat was eavesdropping on their argument. How convenient, he reasoned, if I take the punch and ensure that both of them die, then we can all feast.

With this in mind, she sat obliviously on the riverbank, garland in hand, misrule laid out before her, and began lecturing. The rabbit, after hearing his lecture, said, "Look! Instruct the ascetic seated there to brew a punch."

When the partridge saw the cat, it took flight for safety "Munivar! We agree to let you resolve our disagreement. Eat the one whose ideology is at odds with your faith."

This prompted the cat to open its eyes and say "Ram-Ram! To the contrary, please refrain from saying so. As for me, I'm done with the dark and violent route. Because of this, I shall not resort to violence against the atheists. I agree with your choice. I am elderly and deaf, so please approach close so that I may hear your words."

They were both convinced by the cat's words, and they came to him expecting to be punched. Additionally, he swung and grabbed each of them in the claws simultaneously.
Share This Page On...
Home → Fun Zone → Stories → Panchatantra → Sandhigraha/Kakolukiyam → Panchatantra: Cat's Justice