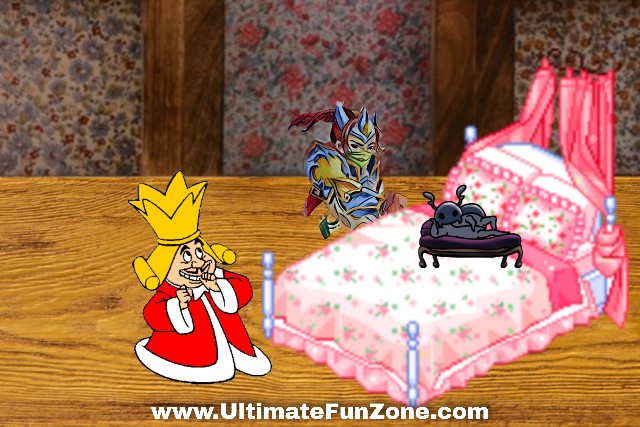 A louse named Mandrisarpini camped in a king's bedroom. Every night when the king went, she would sneak out and suck the king's blood and hide it in his place.

Incidentally, one day a bedbug named Agnimukh also reached the king's bedroom. When the lice saw him, he asked to leave. He did not tolerate any other interference in his jurisdiction.

But the bedbug was also no less clever. Say, “Look, the guest is not treated like this, I am your guest tonight.” So the lice came to the bedbugs and spoke while giving him shelter, “Well, you can stay here overnight, but if you bite the king, don't suck his blood.”

Khatmal said, “But I am your guest, I will have something to eat. And what could be better food than the blood of the king.”

“All right.” Lice said, “You should suck the blood of the king quietly, he should not feel pain.”

Saying “It will be exactly what you say.” Bedbug started waiting for the king to come to the bedroom.

At night, the king came there and fell asleep on the bed. Seeing him, Bedbug forgot everything and started biting the king, to suck blood. The first time he tasted such delicious blood, he cut the king out loud and started sucking his blood. Due to this, there was intense itching in the body of the king and his sleep was disturbed. In anger, he asked his servants to find and kill the bedbug.

Hearing this, the clever bedbug hid under the pan's wings but the louse sitting on the corner of the sheet came in the eyes of the king's servants. They caught him and killed.
“Lesson: We should not trust strangers by coming to them in smooth talk, but should be cautious of them.”