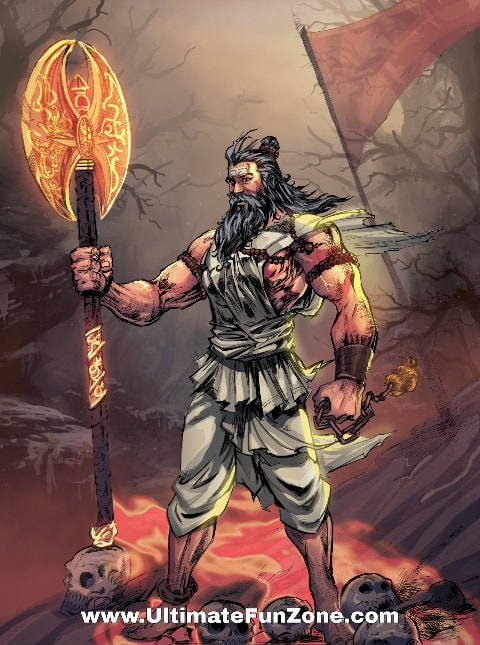 It is not possible to describe the glory of Lord Parshuram, the weapon knowledge expert and the scholar who was also respectfully bow down by Maryada Purushottam Shri Ram. He was a master of Yoga, Veda and Niti, was also proficient in the operation of various magic weapon, including Tantra Karma and Brahmastra, that is, the master of all forms of life and spirituality.

Parashurama, the sixth avatar of Vishnu, meditated on Pashupati and became a Parshu Dhari and used the weapon to suppress the evil forces. Some people say, Parashuram always opposed the particular caste, but this is not a logical truth. The fact is that Parshuram, skilled in both destruction and construction, was not anti caste but anti of anti-virtue. Parashurama took up arms to restore the honor of the sages. Their purpose was not to destroy the caste. If it were, they would not have completely destroyed the Haihaya dynasty. He respected Janaka, Dasharatha etc. kings properly. After knowing the reality of Shri Ram in Sita Swayamvar, he greeted Prabhu, also Parasurama did not hesitate to support Krishna in the Kaurava-Sabha. He did not curse Karna because Kuntiputra belonged to a specific caste, but cursed Karna for forgetting all knowledge as a punishment for making an untrue speech.

Parshuram, who had deep affection for Kausalya's sons Rama and Devakinandan Krishna, not only trained Gangaputra Devavrata (Bhishma Pitamah) in warfare but also blessed him saying that no teacher in the world would ever receive such a disciple again! According to mythological belief, Treta Yuga started on Akshaya Tritiya. On the same day, Vesak Shukla Tritiya, Parshurama was born at the home of Rishi Jamadagni and Mata Renuka, who lived on the banks of the river Saraswati. Parashurama's anger is discussed repeatedly, but the reasons for outrage have been little explored. Parashurama retaliated 21 times to the dynasty of Kartavirya Arjuna of the Haihayavans in retaliation, as the sage Jamadagni was killed by the Arjunaputras to kidnep Kamadhenu. Kartavirya Arjun, who received a thousand arms by the grace of Lord Dattatreya, was full of arrogance. For him there was a game like Vipravadha, which was punished by Parashurama. It is also mentioned in the texts that Sahastrabahu insulted Parashurama's clan 21 times.

For Parshuram, the news of his father's murder was like a cataclysm. For him, the sage Jamadagni was not only a father but also a god. History evidences that Parasurama killed his mother Renuka, who was attracted to King Chitraratha of Gandharvo, on receiving the father's order. Jamadagni cursed the sons who were opposing the paternal order, Rukmavan, Sukhen, Vasu and Viswanas, to be inanimate, but later on Parshuram's request he mercifully revived the wife and sons. Pashupati devotee Parashurama also expressed anger over Shriram because the King of Ayodhya broke the Shiva bow. There is a reference in the Balkand of Valmiki Ramayana that Lord Parashurama asked Sri Ram to fix the Vaishnava bow. When he succeeded in this, Parashurama also understood that Vishnu was wearing Sri Rama life.

Ganapati had to face the anger of Parashurama as well. Mangalamurthy had stopped Parashurama from seeing Shiva, the angry Parashurama attacked on him, which destroyed one of Ganesha's teeth, from then Lord Ganpati called Ekadanta. Like Ashwatthama, Hanuman and Vibhishana, Parashurama is also an immortal person.
Share This Page On...
Home → Fun Zone → Stories → Mythological → Lord Parshuram