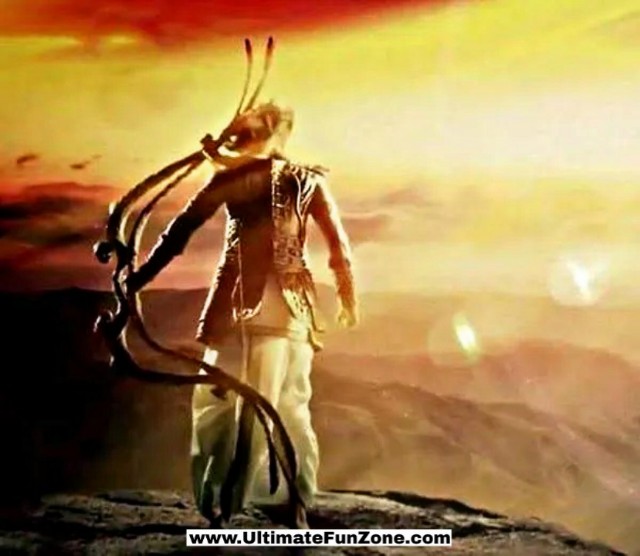 The name of the first man of the Kuru dynasty was Kuru. Kuru was very majestic and very stunning. The branches of the Kuru dynasty emerged and developed in his name. One of the majestic and fiery heroes has been born in the Kuru dynasty. The Pandavas and Kauravas also took birth in the Kuruvansh themselves. The battle of Mahabharata also took place among the Kuruvanshi. But who was Kuru and by whom and how he was born - Ved Vyas ji has thrown light on this in the Mahabharata. We are briefly presenting that story here. The story is very interesting and inspiring.

In the ancient times, a majestic king ruled in Hastinapur. The name of that king was Savarn. He was as bright as the sun and a great feeder of the people. He used to take the trouble himself, but even by giving his life, he used to overcome the sufferings of the people.

Savarn was an exclusive devotee of Suryadev. He used to worship Suryadev with great reverence every day. Until Suryadev was worshiped, not a single sip of water he drunk.

One day Savarn went to a mountain for hunting. As he was traveling with the bow and arrow in his hand to the top of the mountain, he saw a very beautiful young lady in a way. That young woman was looking so beautiful. Each of her parts was made with great interest in the creator. Who said till date Savarna had not even imagined seeing such a woman. The Savarn became attached to the woman, forgetting everything and leaving himself on her. He went near her, looking at her with satisfied eyes and said, “Gorgeous lady, who are you? Are you a goddess, a Gandharva or a kinnari? My heart got agitated after seeing you. Will you marry me with the ritual of Gandharva marriage.”

But the woman answered nothing about the statement. She kept staring at the Savarn for a few moments, then disappeared. When the woman became invisible, the Savarn became extremely unmoved. He threw a bow and arrow and mourned like demons, “Beautiful lady! Where have you gone? Just as the lotus withers without the sun and the way the plant dries up without water, similarly I cannot survive without you.” Your beauty has stolen my mind. You appear and tell me who you are and how I can find you.

The lady reappeared. She looked towards the Savarn and said, “Rajan! I am enchanted by you, but I am under the command of my father. I am the younger daughter of Suryadeva. My name is Tapti. Till my father will give permission, I will Can't marry you. If you want me, please my father.” The woman became invisible again, ending her statement. The Savarn again mourned like a maniac. He fell on the earth after being absorbed, and with the call of Tapti-Tapti, he sounded the mountain. Calling the Tapti, he fell down on the earth and fainted. When he regained consciousness, he again remembered Tapti, and remembered her word - If you want to marry me, please my father Suryadev. I cannot marry you without his permission.

Like a wave of electricity rose in the veins of the Savarn. He kept thinking in his mind, he would worship Suryadev to get the Tapti. Everything will forget to please them. Savarn started worshiping Suryadev. Slowly years passed, the Savarn meditated. After all, the idea of ​​taking the test of Savarn arose in Suryadev's mind.

It was nighttime. There was silence all around. Savarn was sitting with his eyes closed, meditated. Suddenly, someone's voices heard in his minds, “Savarn, you are here in penance. Your capital is burning in fire.”

The Savarn still sat quietly in his place. There was not even a little sorrow in his mind. His ears again heard another voice, “Savarn, all the people of your family died in the fire.” But still he remained firm like the Himalayas and sat in his place, again for the third time he heard a loud voice in his ears, “Savarn, your people are being consumed by the fire of famine. People blame you.” Still, he persevered in penance. Suryadev was pleased at his perseverance, and he appeared and said, “Savarn, I am fascinated by your perseverance. Say, what do you want?”

Savarn said to the sun god, “God, I want nothing more than your daughter Tapti. Please give gratitude to my life by giving me Tapti.”

Suryadev replied in a happy posture, “Savarn, I know everything. Tapti also loves you. Tapti is yours from now onwards.”

Suryadev duly married his daughter Tapti with Savarn. He stayed on the same mountain with Tapti and forgot his people even in raga-rang.

Meanwhile, a severe famine arose in the state of Savarn. The earth dried up, wells, ponds and trees also dried up. The people started starving. People left the state and started moving to other countries. When the king of a country sinks in the color of raga, it is the condition of his people.

The minister of Savarn was very wise and generous-hearted. He set out to find the Savarn. He wandered and reached the same mountain, on which Savarn resided with Tapti. Seeing the Tapti with Savarn, the wise minister understood that his king is trapped in the beauty web of the woman. The minister acted with great intelligence. To get Savarn out of the trap of lust, he made pictures of humans burning in the fire of famine. He appeared in front of the Savarn taking those pictures. He told Savarn, “Maharaj! I want to present you a book of pictures.”

The minister replied in a very slow and effective tone, “The name of that king is Savarn.”

Hearing this, Savaran got surprised. He looked at the minister with awe. The minister again said in his own way, “I am telling the truth, Maharaj! This is the scene of your people. The people are dying of hunger. There is chaos all around. There is neither food nor water in the state. The chest of the earth explodes. Your Majesty, the trees also have dried up by calling you.”

Hearing this, the heart of Savarn trembled. He got up and stood up and said, “This is the condition of my people, and I am lying here with no stress. I am sorry. Minister! I am grateful to you, you did me very well by waking me up.”

Savarn reached her capital with Tapti. As soon as he reached the capital, there was a lot of rain. Dry earth covered with greenery. The famine ended. People started living life with happiness and peace. They started worshiping both Savarn as divine and Tapti as goddess. Kuru was born due to Savarn and Tapti love. Kuru was also like his parents, majestic and saintly. Ages have passed, but even today the name of Kuru is echoing from house to house.
Share This Page On...