Brief introduction of Basketball
Basketball game is one of the most played and watched game all around the world. It is an interesting game that can be enjoyed by both the players and the people watching the game. Though suitable adults, it can be played by all regardless of age. The game involves the players, a ball and specific set of rules that need to be adhered to. This article is going to look at all the details concerning the game.
Things required to play Basketball 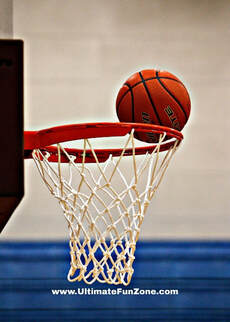 To play the basketball game, certain equipment needs to be used. To start with, a ball is needed as the game involves dribbling and shooting the ball. Though only one ball is needed, it would be an added advantage to have more than one. It requires two teams with each team having to 12 players. Despite this, only 5 players from each team will enter the court at any single time. The five players will take different roles. These are; the point and defense guards, the center player, as well as the offense and defense forward players.
The players will also require a playing court. The court need to be rectangular in shape, with a measurement of 91 feet by 50 feet. It should also have two basket rings on both ends, with each basket being 10 feet high. An arc needs to be drawn on both ends where the rings are located. There should also be a throwing line drawn in the middle of the court.
Required skills to play Basketball 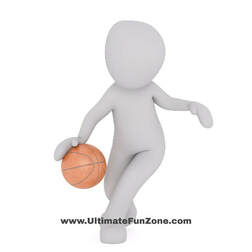 The most important skill in basketball is dribbling the ball, making a perfect pass and the ability to make a perfect shot from any location in the court. Having these skills will go a long way in ensuring a team wins the game. Players are required to practice a lot to sharpen these skills and better their play. Another important skill is running as the game involves a lot of running within the court. Regular exercises will help any player run faster thus being an asset to his team.
How to play Basketball? 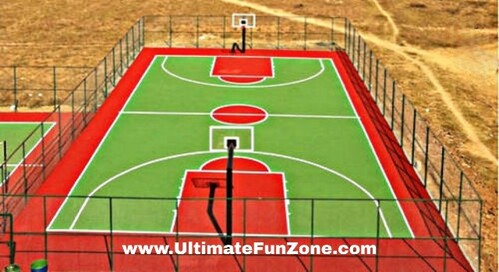 Some important rules of Basketball
Conclusion
As you have learnt from this article, basketball is a great game. The rules and skills required to play the game can be learned by anyone. Besides, the running, dribbling, and throwing will amount to a good exercise.
Share This Page On...
Home → Fun Zone → Games → Out Door Games → Basketball